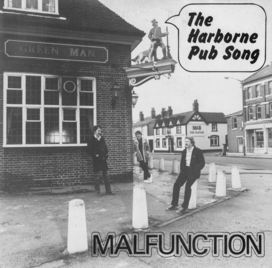 We didn't venture into a studio to record many of our songs but we did commit several of them to tape during our live shows. I had my trusty Sony Professional Walkman plugged into the P.A. many times and we captured the live sound on cassette This led to a tape  "Malfunction - Live...ish" being available at our gigs! We also were recorded by local radio on several occasions for broadcast on Radio Birmingham as it was.

Of course there was the single! Chris's Harborne Pub Song was recorded in a studio with the help of several drunken friends and family and it was pressed into a 7" record with the B side being our version of Eric Bogle's The Green Fields of France. The record sold well in Harborne and was to be heard on the juke boxes in most of the pubs...that dates it!!

On the left are the various recordings that were made - enhanced only slightly!!

While the original Live-ish tape concentrated on the songs and not the "patter" in between, there was a popular section on the tape which featured stories from our teaching days. Taken from various real exam reports, these were answers to exam questions that pupils gave and were worth sharing with our audiences - here's the section from the Live-ish tape. Enjoy!! 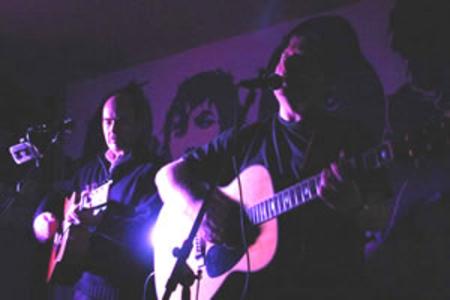